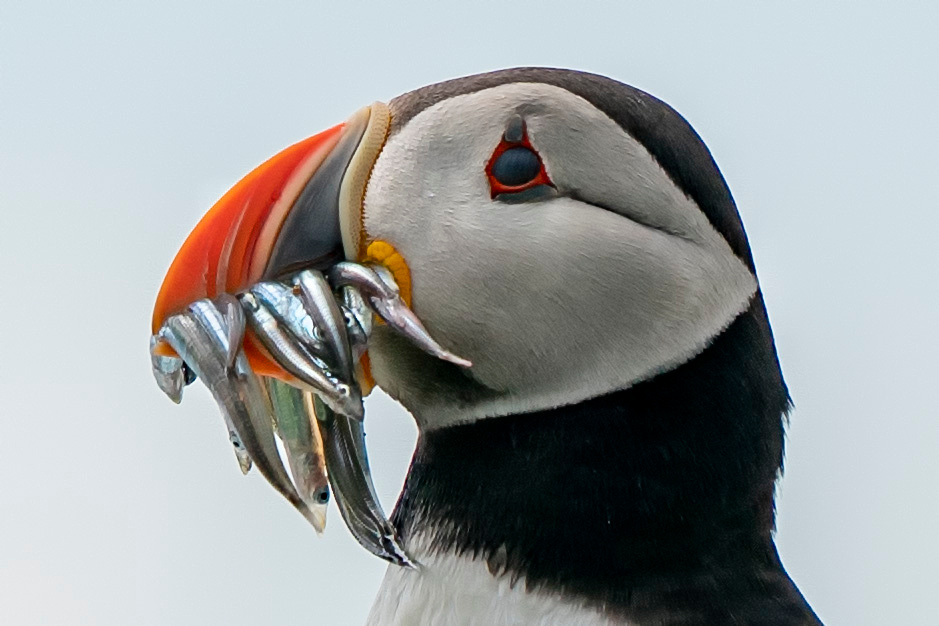 The puffin is unmistakable; once seen, never forgotten. With its beautiful markings, strikingly coloured bill and almost comic gait it is a bird that has endeared itself to millions.

Though often known as a sea parrot, locally in Northumberland, the bird is known as a 'Tommy noddy'.

Each year, puffins return to the Farnes to breed. This is generally between April and late July with the peak breeding season being in May and June. For the remainder of the year, the birds fly out to sea, overwintering on the water, only returning to land each year for a short window to breed and raise their young. It is while out on the water, that they shed their brightly coloured bills, in favour of a dull grey winter bill colouring. But, as spring approaches, the vibrant colours return and, by the time they settle on land again, the bill is clear again for all to see.

Puffins are an red-listed bird species. This means there has been a severe decline in the population of puffins over the last 25 years. Over half of the UK population is based at just a handful of sites.

Amazing birds to see over 50,000 on the island at the moment and they will all leave the island in the next few weeks